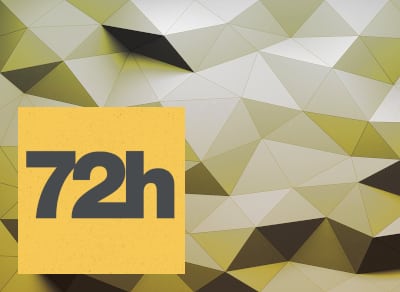 “72h con la maniche in su” is an annual volunteering event organized by PDMN that takes place in Venice. The event targets 16-30 year olds, who can participate either by themself or by joining a group of friends. The subscriber doesn’t know what volunteering project he will be assigned to and the destination will be kept secret until the very first day of the event.

For the second year now, I have been in charge of the IT infrastructure, creating the management software that has been our best friend for several months.

The software has been written in the latest PHP version on the Laravel framework. All of this is on top of an apache web server in a purchased Cloud Linux server.

Since the development of event related websites is pretty fast paced, a development environment was mandatory. It is reachable by a dedicated third level domain and it is linked to a separate testing database. Once the number of subscribers has reached 800+ people, creating a better modern subscription infrastructure has become mandatory.

The website allows people to subscribe during fixed time periods. Once the registration form has been submitted, the users can upload two PDF documents which will be manually reviewed by the admins. Each document can be either approved or rejected; in the latter case the user will be notified and asked to solve the issue. Once the subscription period is over and the documents are approved, the admins start to assign users and groups to each project. That is done through a extremely quick drag-and-drop operation.

All the participants do receive a final participation digital PDF certificate, dynamically generated by the website. Each document, which is then given to the subscriber’s school to certificate the volunteering period, contains a tamper-proof verification QR.

The website also provides a form to leave a feedback. It will be useful for the next edition.

We use cookies on our website to give you the most relevant experience by remembering your preferences and repeat visits. By clicking “Accept All”, you consent to the use of ALL the cookies. However, you may visit "Cookie Settings" to provide a controlled consent.
Cookie SettingsAccept All
Manage consent

This website uses cookies to improve your experience while you navigate through the website. Out of these, the cookies that are categorized as necessary are stored on your browser as they are essential for the working of basic functionalities of the website. We also use third-party cookies that help us analyze and understand how you use this website. These cookies will be stored in your browser only with your consent. You also have the option to opt-out of these cookies. But opting out of some of these cookies may affect your browsing experience.
Necessary Always Enabled
Necessary cookies are absolutely essential for the website to function properly. These cookies ensure basic functionalities and security features of the website, anonymously.
Functional
Functional cookies help to perform certain functionalities like sharing the content of the website on social media platforms, collect feedbacks, and other third-party features.
Performance
Performance cookies are used to understand and analyze the key performance indexes of the website which helps in delivering a better user experience for the visitors.
Analytics
Analytical cookies are used to understand how visitors interact with the website. These cookies help provide information on metrics the number of visitors, bounce rate, traffic source, etc.
Advertisement
Advertisement cookies are used to provide visitors with relevant ads and marketing campaigns. These cookies track visitors across websites and collect information to provide customized ads.
Others
Other uncategorized cookies are those that are being analyzed and have not been classified into a category as yet.
SAVE & ACCEPT